San Francisco (CNN Business)Since Elon Musk announced he was buying Twitter last month, the billionaire has sent out tweet after tweet outlining his plans for the platform, touching on everything from new features to security updates to monetization. But Musk’s overarching reason for committing billions of dollars to buy Twitter is to ensure the platform bolsters free speech.

“By ‘free speech,’ I simply mean that which matches the law,” he said in one of his many recent tweets on the subject. “I am against censorship that goes far beyond the law. If people want less free speech, they will ask government to pass laws to that effect.” Musk has also said he thinks Twitter should be more “reluctant to delete things” and “very cautious with permanent bans.”
Musk’s rhetoric has already raised some concerns in Twitter’s home market about how it would impact the platform’s approach to handling harassment, misinformation and content moderation broadly. But Musk’s posture could also create new uncertainties for Twitter’s platform if applied to markets abroad, which account for the vast majority of Twitter’s user base. That’s because definitions of free speech, and the laws governing it, often look very different around the world than they do in the United States.
In some markets, like the European Union, Twitter and its peers are facing growing regulatory pressure to bolster content moderation against hate speech and misinformation. In other markets, Twitter has faced pressure to restrict speech that is critical of local governments. Whatever Musk’s personal views on content enforcement may be, Twitter risks substantial fines and other penalties for not complying with local laws in various countries. In some cases, Twitter has even been banned or threatened with bans.
Some digital rights advocates say they are unsure how much thought Musk has given to the complex regulatory environment Twitter faces abroad and how much a Twitter owned by Musk would be willing to push back against government pressure in other countries, as it has done in some countries recently.
“I am not sure how much Musk is concerned about the Twittersphere outside the US,” Yaman Akdeniz, a professor of law at Istanbul Bilgi University and founder of the UK-based organization Cyber-Rights & Cyber-Liberties, told CNN Business.Turkey is one of several countries that has banned Twitter in the past, briefly blocking the platform in 2014 over anti-government rhetoric.
“I believe Musk’s Twitter will simply not care about such a ban to the effect that they will challenge [or] resist such an attempt,” he said.
David Kaye, a professor of law at the University of California, Irvine and former United Nations Special Rapporteur on the promotion and protection of the right to freedom of opinion and expression, said the “concern” is that Musk “talks about free speech in this very simplistic way.”
It “suggests that all he cares about, really, is the individual speaker and their ability to post as opposed to… the desire to maximize the possibility that everybody has a voice on it,” said Kaye, who also authored the book ‘Speech Police: The Global Struggle to Govern the Internet.’
“I also don’t get the sense that he’s thought through the global part of the platform,” Kaye added.
Musk and Twitter did not respond to a request for comment for this story. 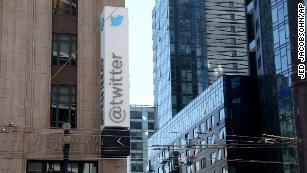 In recent years, Twitter has fought a number of free speech battles against governments in some of the company’s biggest markets, often leading the charge among social media companies in protecting its users’ rights.
In India, whose online population of around 830 million is bigger than any country except China, Twitter last year clashed with the government over demands to take down accounts related to protests by the country’s farmers. Twitter complied with some of the requests but refused to take action against accounts of journalists, activists or politicians.
The Indian government said at the time that Twitter was “welcome to do business in India” but must respect local laws. “In India, we value freedom and we value criticism because it is part of our democracy,” the government added. “But freedom of expression is not absolute and it is subject to reasonable restrictions.”

India is bombarding Twitter with user data requests and demands to remove content
Months later, Twitter was banned in Nigeria after it deleted a tweet by the country’s president, Muhammadu Buhari, that was widely perceived as offensive and threatening to some of its citizens. The ban was lifted earlier this year after Twitter agreed to meet all conditions set by the Nigerian government, according to a government statement, which included “managing prohibited publication in line with Nigerian law.”
Twitter must alsograpple with repressive regimes around the world such as Russia, Myanmar and Taliban-ruled Afghanistan.
“Twitter has, over the years, refused to comply with unjust laws, laws that are not in line with international human rights standards,” said Jillian York, Director of International Freedom of Expression at the Electronic Frontier Foundation. “I am definitely concerned that [Musk] lacks the understanding of international human rights issues, and the ways in which state actors around the world have both placed demands for censorship on these platforms and have used them for the purposes of harm.”

If his latest deal goes through, Twitter will become just one more piece of Musk’s growing empire of businesses — including Tesla, SpaceX and the Boring Company — some of which depend on government relationships in the United States and abroad. That, too, could complicate Twitter’s approach to handling certain content battles.
Electric carmaker Tesla (TSLA), in particular, could potentially lead to conflicts overseas, including one large country where Twitter doesn’t even operate: China. Not only is China the world’s biggest car market, but its financial capital Shanghai is also home to one of Tesla’s biggest manufacturing plants. Twitter, notably, has been banned in China for years, though that hasn’t stopped its government officials and prominent citizens from actively using the platform or complaining when their accounts are restricted or labeled in certain ways. 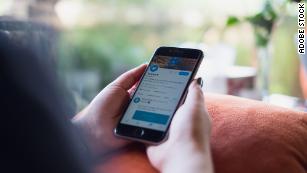 Elon Musk wants end-to-end encryption for Twitter DMs. It may not be that simple
Some people — including Musk’s fellow billionaire and sometimes rival,Amazon founder Jeff Bezos — have publicly questioned whether Musk’s ownership of Twitter could give China some leverage over the platform due to Tesla’s need to keep operating there.
Kaye says it may be hard to predict how governments might pressure Musk, or how Musk might respond. “But given the fact that he’s got these major economic interests in Tesla and SpaceX and those interests also have real sort of government relationship ramifications, you could really imagine governments saying to him: ‘We’ll give you this on Tesla… if you basically deal with the platform in this way.”
Separately, a leading official in Europe, which has been particularly proactive about regulating Big Tech platforms in recent years, alluded to the fact that Musk’s experience running Tesla and complying with regulators abroad suggests he should know he will have to do the same with Twitter. (Many European countries also have strict laws against hate speech).
“Be it cars or social media, any company operating in Europe needs to comply with our rules — regardless of their shareholding,” Thierry Breton, a European Union commissioner and a leading digital regulator, said in a tweet.
“Mr. Musk knows this well. He is familiar with European rules on automotive, and will quickly adapt to the Digital Services Act,” Breton added, referencing a new law passed by Europe recently that imposes new rules on how the tech industry handles misinformation and illegal content on social media.
Even Bezos, after questioning China’s possible new leverage over Twitter and Tesla, acknowledged that “Musk is extremely good at navigating this kind of complexity.”
Share on telegram
Share on facebook
Share on twitter
Share on linkedin
Share on email